The first Vipassana course in Poland, inJune 2002, was held in Przesieka, a small village in the Sudety Mountains, with twenty four new students and one old student.

During the first decade, courses were held in various rented locations throughout Poland. The number of courses was gradually increasing and, in total, 32 courses were organized in Poland in the first ten years, with 1,809 people participating – 1246 new students and 563 old students.

From 2013 until the opening of the Dhamma Pallava centre in September 2017, usually six courses per year were held only in one place: in the village of Krutyń, a small resort town in the Mazury region – three in the spring and three in the autumn. All the equipment and the documents could be stored here, which reduced the challenge of transportation. The first course had already taken place there in March 2010, and the last one in March 2017. In total, from March 2012 to March 2017, there were thirty 10-day courses and three Satipatthana courses in Krutyń. Every year, about 600 meditators participated in them. 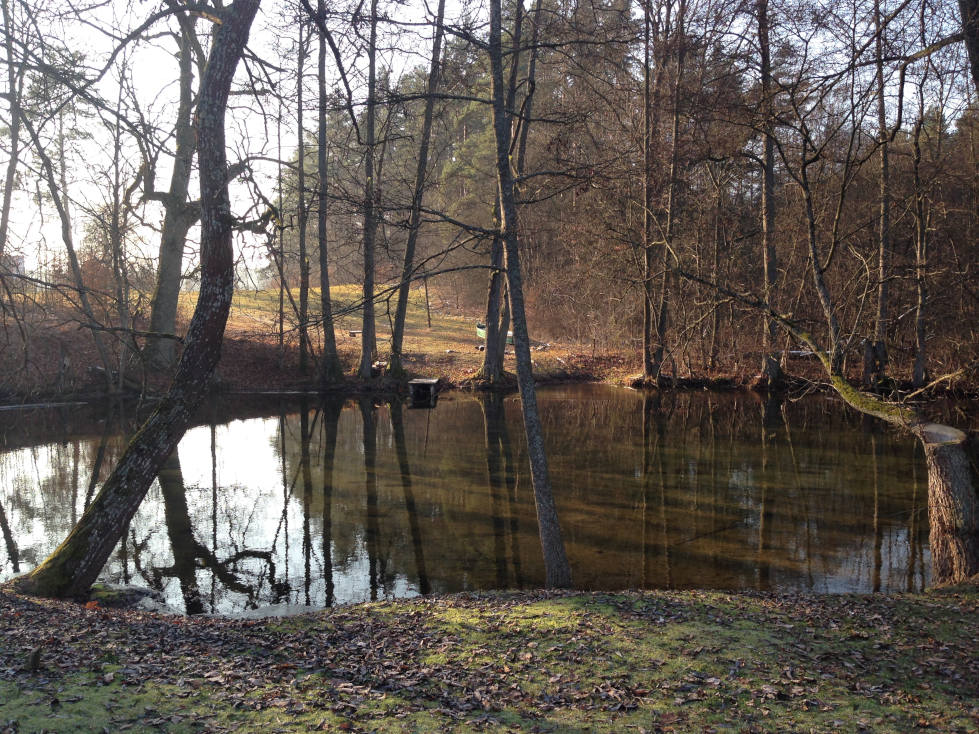 As the Dhamma in Poland developed, the number of people interested in learning this technique of meditation grew. There were more and more people willing to serve Dhamma and strengthen it. The Polish Vipassana Association (which later turned into the Polish Vipassana Foundation) began to think about building a centre in Poland where courses would take place throughout the year, and in much better conditions than in a rented place.

In Budapest, at a meeting of organizers of Vipassana courses in Central and Eastern Europe, it was decided that new meditation centres in Europe would first be created in Poland and Hungary.Thanks to a generous donation received in 2007, it became feasible to buy a piece of land for the future Polish meditation centre. A suitable area of 6.8 hectares (16,8 acres) located in the village of Dziadowice in central Poland was found and chosen. It was a beautiful, large meadow partly covered with trees and surrounded by forests. 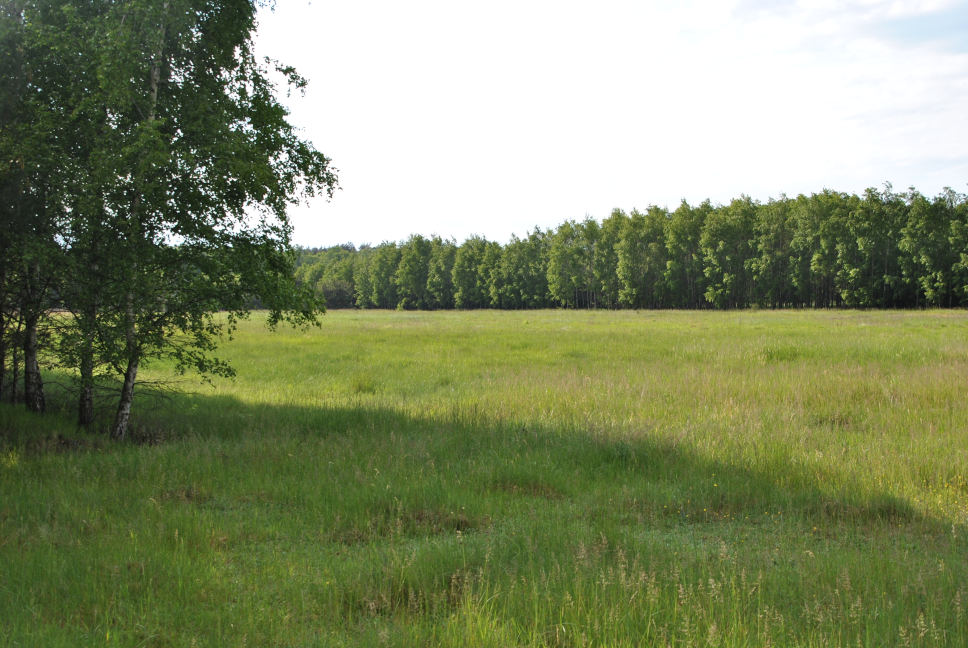 The price of land, including lawyer fees, amounted to 148,300 zlotys. There were 3 plots belonging to 3 different owners. Group sittings and irregular work events started at the site. 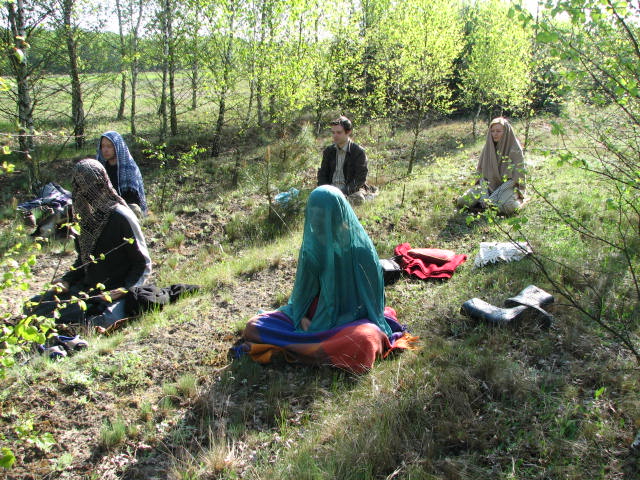 S. N. Goenka gave the name for the future Polish centre: Dhamma Pallava, which means “A sprout of Dhamma” or “A bud of Dhamma”.

Dhamma Pallava was the first 10-day course centre in Europe to be built from scratch. It allowed to plan a facility ideal for meditation, with no compromises required in relation to adapting existing buildings. First concepts and plans were created, but the work was put on hold when the trust realized that there were not enough dedicated old students to support such a huge project.

On Dhamma land, in the place where the meditation hall would be built in the future, a large military tent was put up in which a one-day course for old students took place. 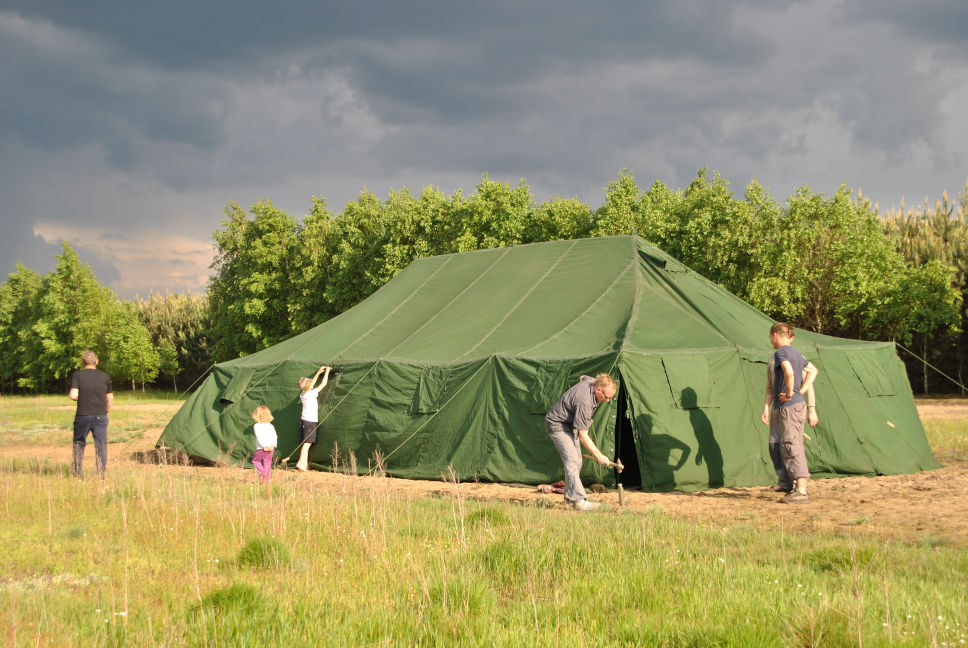 At the trust meeting on March 8, a decision was made to resume work on the establishment of Dhamma Pallava. An idea was developed to build it in 2 stages. The first one, consisting of 4 buildings, would serve 66 students at a time, and later would be expanded to the full size of 10 buildings and capacity of 120 students. To ensure a friendly environment, the trust purchased two forest plots adjacent to the planned centre.

With new financial developments, the trust (together with the main loan-givers) decided that all the buildings would be built in one phase, that all rooms would be single and on-suite (both for students and servers) to provide the best conditions for meditation and serving. The center capacity was finalized at 110 students, 24 servers and 4 teachers. However, it turned out that, because of some complicated legal regulations, the whole construction process still needed to be formally divided into two phases.

Thanks to the efforts lasting throughout the second half of 2015, finally the building permit for the first 4 buildings was granted and confirmed. On the 17th of June, the work started with surrounding the whole site with a metal fence for safety, then the foundation slab was laid for the first accommodation building, and already three weeks later the bricklayers stepped in.

Two mobile homes were purchased to enable old students to help, stay on-site and meditate during the entire construction as much as possible.

Documentation was prepared and submitted to various authorities, which resulted in the trust getting the planning and construction permits for the remaining buildings.

By the end of the 2016 four buildings had roofs, and the walls of the next two buildings were being built. Three buildings had windows and doors installed, and two had a functioning heating system. 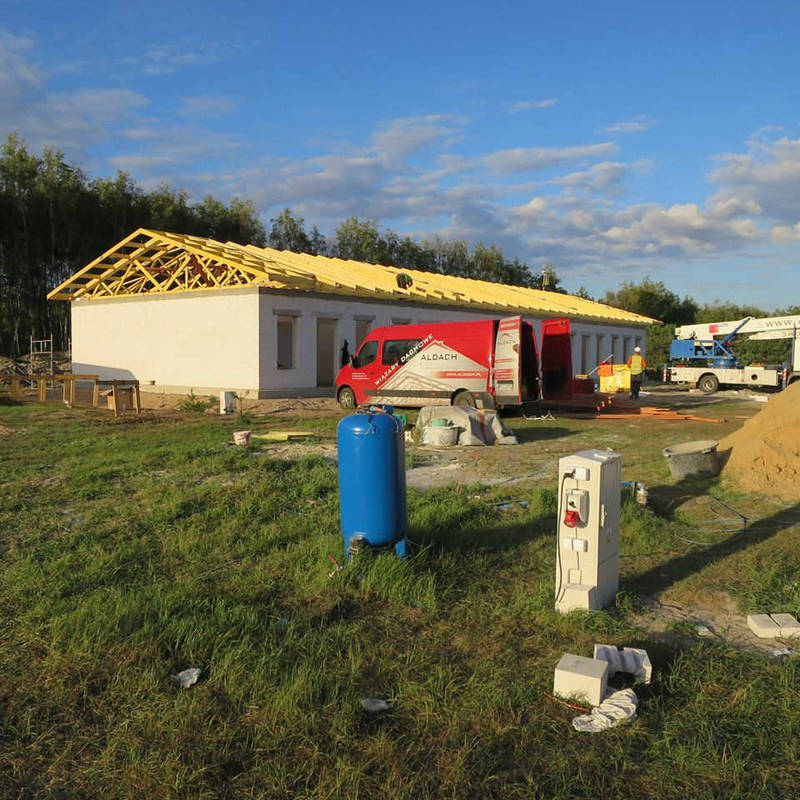 In winter 2016/2017 the construction work continued, mostly indoors. When spring came, it picked up the pace and the walls for the final buildings were erected, while the first ones were being finished.

In summer the intensity of the work reached its peak as there was still a lot to be done. Efforts of both the contracted companies and volunteering Dhamma Servers allowed to finish the most important work and get the building occupancy permit just in time for two important events:

The first one took place on the 10th of September and it was an Open Day - organized for friends, families and members of the local community to let them know what the purpose of the centre was. About a thousand visitors appeared. A detailed account of the day is available in an article written for INL (Vol. 45, 2018, No. 1) (https://news.dhamma.org/2018/02/polands-dhamma-pallava-opens-for-courses/ )

And soon after, between the 13th and 24th of September, the first 10-day course in Dhamma Pallava took place and it has been holding regular courses ever since. 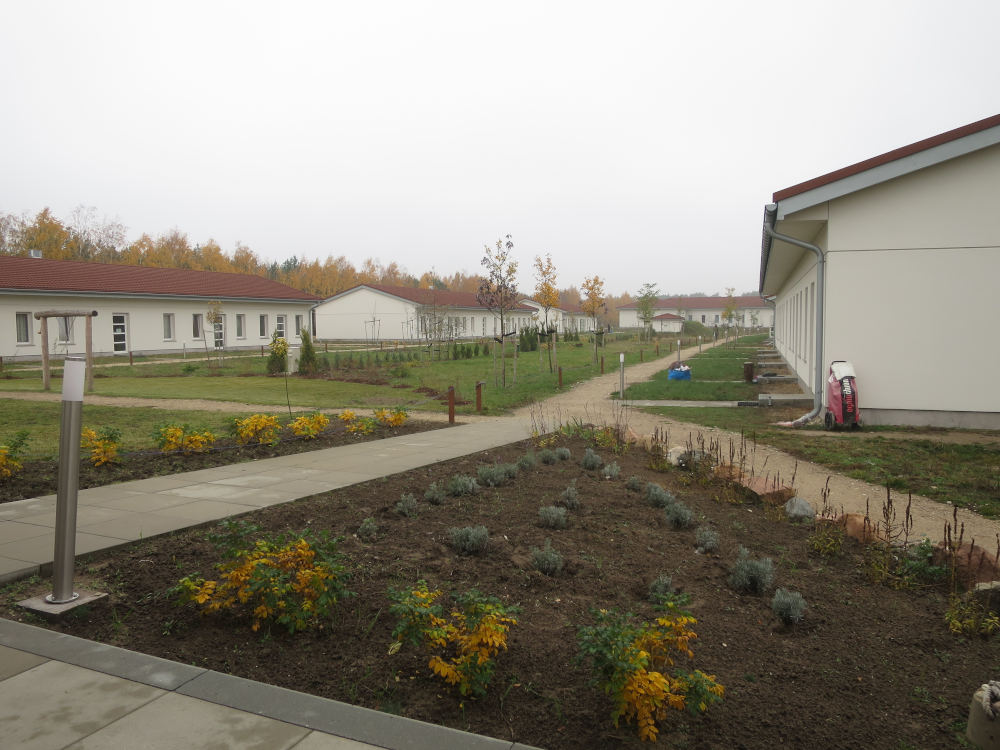 If you are interested in the more detailed history of Vipassana in Poland, you can read it here.